Electric-vehicle start up Fisker will sell its Ocean crossover in Germany, Norway and Denmark in 2022 as its first European markets ahead of a wider rollout in the region, CEO Henrik Fisker said.

Fisker started taking $250 deposits in November for the Ocean and will initially target those European markets with the most deposits.

The bulk of deposits (about 80 percent) have come from the U.S. So far Germany, Norway and Denmark are leading Europe, said CEO Henrik Fisker.

The Ocean compact EV was the only car destined for production unveiled at the CES consumer electronics show in Las Vegas this month, where Fisker revealed its starting price of $37,499 (33,670 euros).

Fisker, a former Aston Martin and BMW designer, said he aims to keep the price low by partnering with automotive groups to achieve the economies of scale that would not normally be available to a small company of its size.

“It’s not really rocket science. It’s clear that to make an affordable vehicle, you need volume,” Fisker said. “That’s why we have we have partnered up with some other automotive groups to figure out how we can buy together in bulk.”

The company plans to sell a million units of the Ocean and two, as-yet unnamed, variants to be built on the same steel platform between 2022 and 2027, Fisker said.

Fisker will make further announcements on its partnership strategy at the Geneva auto show in March, where it will also say where the car will be built.

The prototype shown at CES was built by Italdesign in Italy to a design by Fisker. Italdesign is owned by VW Group, which has said it is open to offers from other companies to use its MEB electric platform.

Fisker could also use the modular electric platform developed by suppliers Bosch and Benteler, which have targeted smaller automakers looking for a turnkey platform. Bosch used CES to display the platform, which also uses a sandwich layout to enclose the batteries in the floor.

Despite its compact size, the Ocean will have the interior space of a midsize SUV, Fisker says.

Fisker aims to lease rather than sell its cars through a direct finance model. It will control the process over an eight-year period with customers able to return the car after one month, eight months, 22 months or several years.

Once the car is returned Fisker, will lease out them out again at a reduced price, following a similar model announced by Geely-owned Lynk & Co for Europe.

The design of the Ocean was kept as simple as possible to ensure the cars still looked fresh throughout the eight-year lease cycle.

“One of my design requirements to myself was to say that the vehicle has to be as timeless as possible,” Fisker said.

The design will change very little for production, he said.

Despite its compact size, the Ocean will have the interior space of a midsize SUV, according to the company. Much of the interior plastics are recycled.

Fisker predicted that the costs to launch the vehicle would be less than billion dollars. “But not much less. It’s a capital-intensive industry,” he said.

Fisker needs more financing to complete the project. “I don’t think a startup company ever has all the financing in place,” he said.

Fisker also plans to launch a high-end sedan using solid-state batteries called eMotion. However, that model has been delayed while the company focuses on the Ocean, Fisker said. 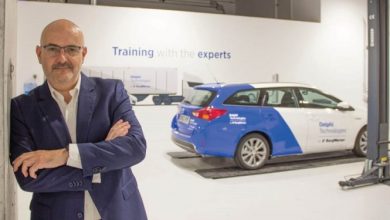 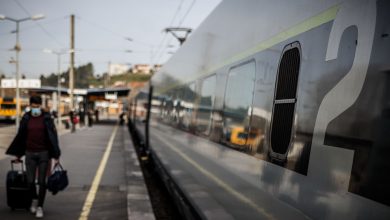 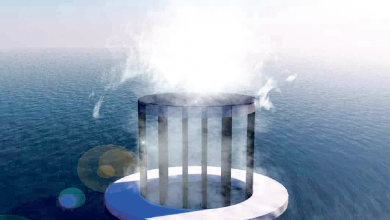