EDITOR’S NOTE: Due to a delay in the Global Automakers of Canada reporting sales numbers for its members on Friday, this report and sales chart will be delayed in being updated.

Toyota Canada managed to put together its best sales year on record despite a December during which sales plunged 16 per cent while Hyundai and Kia both posted sizable annual gains after increased December sales.

The Toyota and Lexus brands each set new sales records with 211,551 and 25,540 vehicles sold, respectively. Toyota brand sales were up 1.9 per cent for the year while Lexus sales climbed 5.9 per cent.

“We were fortunate [last] year. It was all about the product we launched. Our customers have embraced the new product,” Cyril Dimitris, Toyota Canada vice-president of sales and marketing told Automotive News Canada in a phone interview Friday.

Last year marked the launch of the new Toyota RAV4, including a hybrid version, new Toyota Corolla and the Toyota Supra.

Dimitris said most of the automaker’s sales gains came from the Corolla and RAV4, which is made in Ontario. He said he sent a note TO?? Toyota Motor Manufacturing Canada (TMMC) President Frank Voss, praising the factory employees for their work.

The Toyota RAV4 Hybrid XSE accounted for 20 per cent of all RAV4 sales last year.

Dimitris said that in some parts of the country, sales were split 50/50 between hybrids and RAV4s powered by internal combustion engines.

“Wait times were quite long [for the hybrid]. We could have sold more if we had them,” Dimitris said.

Toyota Canada recorded its best year for electrified vehicles sales with 34,698 Toyota and Lexus EVs — including hybrids — sold, up 45 per cent from 2018. Electrified vehicle sales represented 14.6 per cent of the automaker’s overall sales in 2019.

Looking at the month of December, Toyota brand sales totalled 11,500, down 19 per cent over the same time a year ago. Sales of Toyota cars were off 23 per cent to 3,744. Camry and Corolla sales were down 41 and 17 per cent, respectively. On the truck side, only the Highlander posted a sales increase, up seven per cent to 924 units.

Sienna minivan sales fell 66 per cent to 580 sold while even the popular RAV4 dropped six per cent to 3,793 but remained the automaker’s top-selling vehicle.

Lexus brand sales were up four per cent to 1,780 units. Lexus got a boost from its truck sales, which were up 14 per cent while car sales plummeted 35 per cent to just 223 units. The Lexus RX led truck sales with 723 units sold, up 22 per cent.

Hyundai sold 7,914 vehicles, including its luxury Genesis brand, in December, up 14 per cent over the same period last year.

The Elantra sedan was the automaker’s best-selling vehicle in December at 2,150 sold. The Tucson was Hyundai’s top-selling truck last month at 1,839 sold. The Kona was close behind at 1,773.

Here’s a look at how other automakers fared in December:

Fiat Chrysler Automobiles saw its fourth-quarter sales climb 14 per cent when compared to the same period last year. None of the Detroit Three reports on a monthly basis so December sales would only be estimates.

On an annual basis, FCA sales dropped one per cent, though the Ram brand managed to post its second-best year on record with 101,971 vehicles sold in 2019. Ram finished the year strong with 22,452 trucks sold in the fourth quarter, a 27-per-cent increase when compared to the same period a year ago.

“The fourth quarter and full-year sales results for 2019 reinforce the particular strengths of our Ram and Jeep brands, ” Reid Bigland, FCA Canada CEO, said in a statement.

Sales during the final three months of the year fell six per cent to 53,186 while annual sales decreased 11 per cent to 256,795 vehicles.

While GMC Sierra and Chevrolet Silverado sales were both up in fourth quarter — 10 and 11 per cent, respectively — they were both down 3.3 per cent for the year.

Sandor Piszar, vice-president of sales, service and marketing for GM Canada, appeared to be undeterred by the annual numbers and encouraged by fourth-quarter performance.

“We achieved solid year-end results in 2019,” he said in a statement. “Our fourth quarter saw some significant momentum with pickup sales.

“As Canadian consumer preferences shifted significantly toward crossovers, SUVs and pickups in 2019, we remain well positioned for success in 2020 with our full lineup.”

The Crosstrek was the automaker’s top seller with 1,193 sold. The Impreza was Subaru’s top-selling car in December. 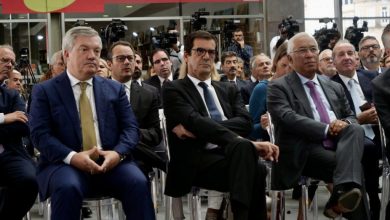 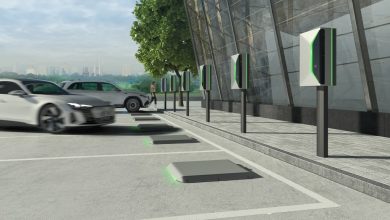