Historically the automotive industry has been dominated by men, but things are slowly but surely changing. Two women are heading leading auto brand, which a few years ago would have been unheard of.

The glass ceiling in the industry is showing cracks with women moving up the ladder in executive roles. The world is becoming more politically correct, and workplace rules demand gender diversity. Moreover, the changing technology and the use of Artificial Intelligence, Augmented Reality, and innovations require a deep, diverse talent pool. Ignoring 50 percent of this pool makes no sense in such a situation hence, companies are making a conscious effort to have more women board members and executives.

A recent online survey by Deloitte and Automotive News found that only 1 percent of women they interviewed considered the auto industry as a viable career option. The reasons were a challenging environment, pay gap, lack of opportunity for progress, and caliber of people employed.

The gender statistics in the industry also give a simile picture. According to a report by Catalyst: In 2018, only 16 women (8%) were executives in the top 20 motor vehicles and parts companies in the Fortune Global 500. This is a small change from 14 women (7%) in 2014.

Over half of the top 20 auto companies have no woman executive on their board.

The top leadership in the industry is aware of the talent gap, and 56 percent admit that it is a critical under-utilized set of workers. In the United States, women held 26.7% of jobs in the motor vehicles and motor vehicles equipment manufacturing industry in 2017, according to the Bureau of Labour.

Here we take a look at the top five women industry leaders in the automotive industry. 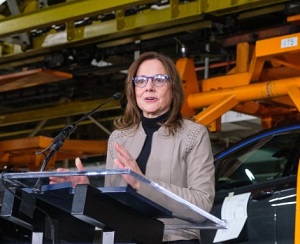 Since 2014, she is the first female head of any auto major company and was named as the fourth most powerful woman and fifty-third most influential person in 2018. Barra is a Stanford graduate with a degree in engineering and a masters in business administration. She began her career at GM in 1980. She has served in executive positions in the Human Resource division, manufacturing, supply chain, and as a global vice president of product development.

She has a vision of zero crashes, to save lives; zero emissions, so future generations can inherit a healthier planet; and zero congestion, so customers get back a precious commodity – time, for General Motors. She is taking forward GM by focusing on their core strength of cars, trucks, and crossovers and looking to the future with connectivity, electrification, and autonomous driving.

Under her leadership, General Motors was ranked number one on the 2018 Global Report on Gender Equality. GM is one of only two global companies with no gender pay gap. 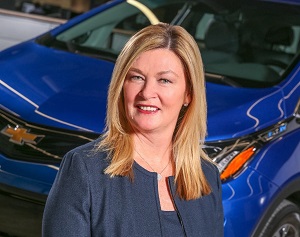 Pamela Fletcher has been with GM for more than 15 years, and prior to that, she was Executive Chief Designer of Global Electrified Vehicles.

She launched the Chevrolet Bolt, the first long-range, affordable electric car. As VP of Global Innovation and Research, she focuses on business model innovation and oversees new businesses. In R&D, Fletcher is in charge of seven laboratories located around the world that are developing technologies such as battery chemistry, mixed materials science, smart manufacturing systems, and vehicle-to-infrastructure technology.

She has an engineering and management degree. She studied at Kellogs Institute and Northwestern University. 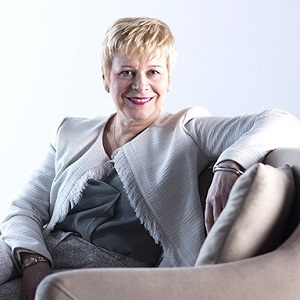 Linda Jackson is a British leading a French car-making company. She joined Citreon UK in 2005 as a finance director and then moved on to become the managing director of Citreon UK and Ireland. She has been the chief executive officer of Citreon since 2014. She was named the most influential woman in the auto industry in 2018 by Autocar.

Jackson’s driven Citroën’s sales up 28 percent in her five years of leadership. In her tenure, she has helped the parent company Groupe PSA get back from the brink of bankruptcy. The Peugeot brand helped in the turnaround. PSA made a record €5.7 billion (£5.1 billion) operating profit in 2018. Groupe PSA is Europe’s second largest vehicle manufacturer. 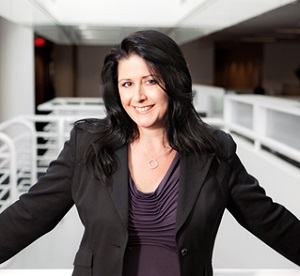 Trudy Hardy started her career in Jaguar, where she worked in brand management. She then moved to BMW in 2005 and worked her way up to VP marketing of North America in 2013. She helped roll out the MINI brand in America.

Hardy was named the Vice President of BMW Motorrad Americas in July 2019. Motorrad covers motorcycle operations in the US, Canada, and Mexico, as well as Brazil (where BMW has a motorcycle production plant) and Argentina. She handles direct market operations in all of Latin America.

Trudy Hardy is known to be an avid motorcycle rider. Her work at BMW has covered brand strategy, positioning, communications, and product management.

Lina Hasenfratz succeeded her father, Frank Hasenfratz, as the CEO of Linamar Corporation. She is in charge of Canada’s second-largest automotive parts manufacturer. She has earned many hosannas for her leadership role. In 2014, she was named Canada’s EY Entrepreneur of the Year, the first woman ever to be given that title. In 2018, she was also named Canada’s Outstanding CEO of the Year and named to the Order of Canada.

Under her leadership, Linamar has transformed from a $1.3-billion auto-parts company to a $6.5-billion diversified global manufacturer, operating 60 manufacturing locations and eight R&D centers in 17 countries. Linamar’s expansion has created more jobs — from a base of 9,400 in 2002 to over 28,000 in 2018.

Fighting back against fake parts 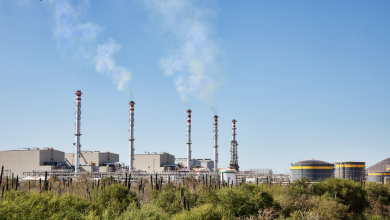 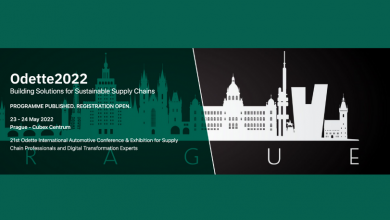 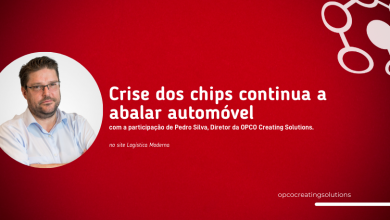