Canadian auto supply giant Linamar Corp. is looking at ways —including potential layoffs — to mitigate the financial loss it expects to endure during the global outbreak of the novel coronavirus.

“Clearly the news of customer shutdowns this week globally will have impact on the facilities supplying those customers,” CEO Linda Hasenfratz said in a statement.

The Detroit 3, Honda, Toyota, Nissan, Volkswagen, Subaru, Volvo and Mercedes-Benz all announced this week they would idle production for varying lengths of time as North America struggles to combat the growing pandemic.

Linamar, which is headquartered in Guelph, Ont., operates plants in 11 countries, including all three USMCA member nations, and counts Ford Motor Co. and General Motors among its customers.

“Each facility is developing plans with their customers and communicating to their employees what this means to them including potential layoffs,” Hasenfratz said.

While the company wouldn’t confirm layoffs and production stops are underway, a photo shared on Twitter showed what appeared to be a notice of shutdown of Linamar’s Corvex plant in Guelph. 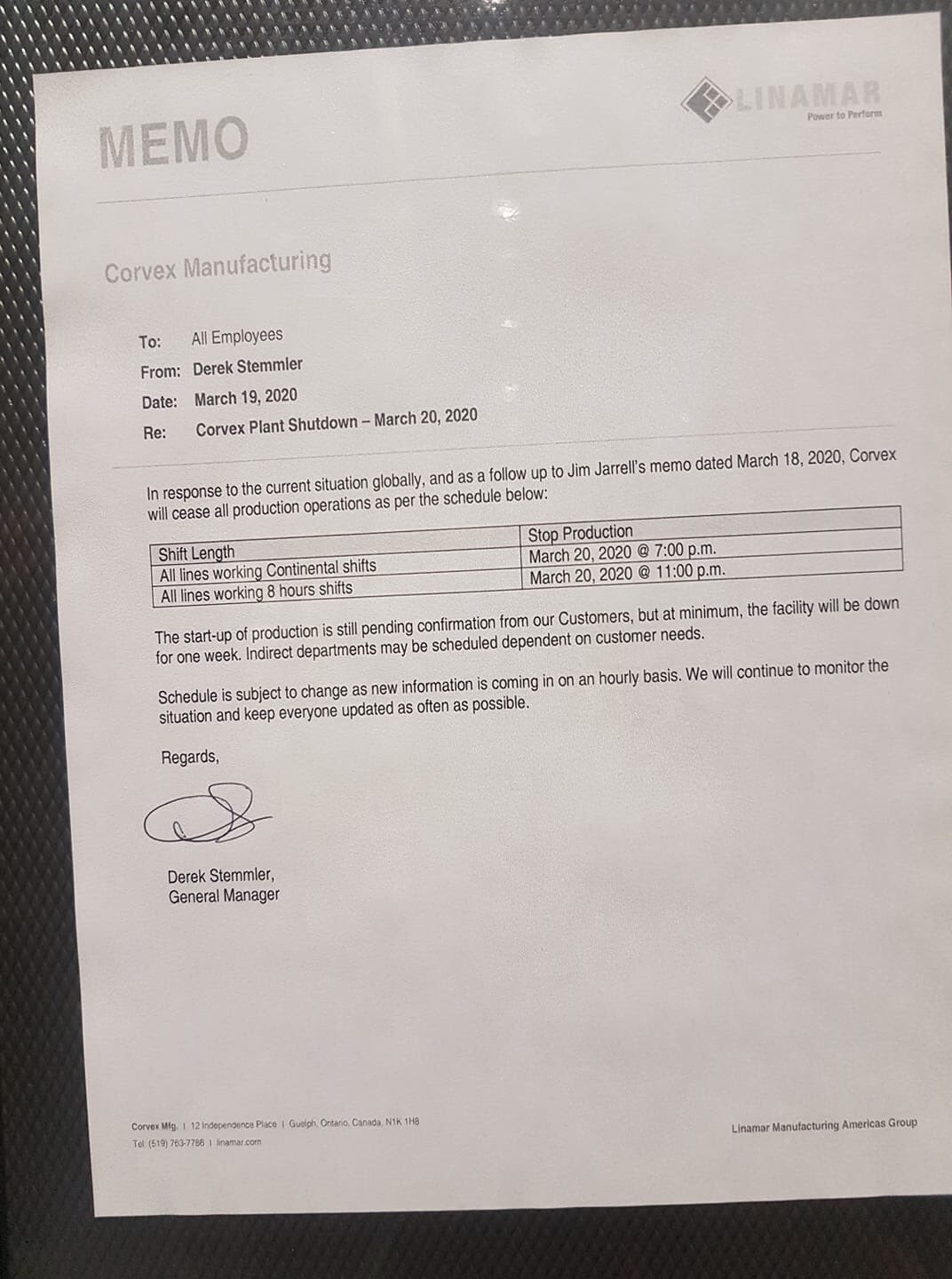 Linamar in early March established a COVID-19 task force to deal with the situation and the company says it has “a comprehensive action plan, which we are executing on.”

“We are gathering information daily from our global operations, adjusting plans as required and communicating regularly to key stakeholders pertinent information,” Hasenfratz said. “We are keeping our employees safe, our customers supplied with their needs and mitigating the financial impact of the situation as best we can.”

During a fourth-quarter earnings call on March 12, Linamar said the COVID-19 outbreak will have the single largest impact on the first quarter of 2020, with an estimated hit of US$14.5 million to US$21.7 million on operating earnings.

The supplier said the novel coronavirus could also impact the second quarter and warned of a possible disruption in Linamar’s North American and European supply chains as a result of the pandemic.

Linamar is ranked No. 57 on the Automotive News list of the top 100 global suppliers, with worldwide sales to automakers of $4.07 billion in 2018.

Schaeffler, Marelli, other suppliers adjust output due to coronavirus crisis 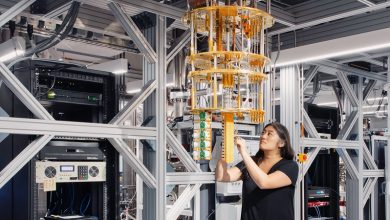 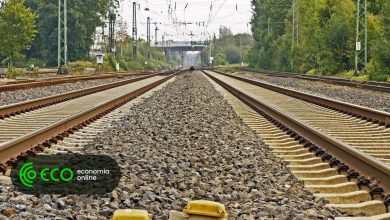 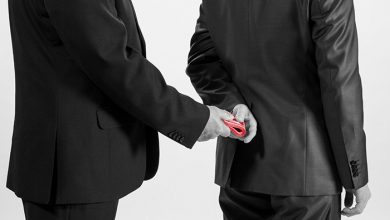